Samsung’s flag ship phone of 2011, The Galaxy S2, has officially become Samsung’s fastest selling smartphone. According to the South Korean giants, they have sold 20 million units of the this phone. Breaking, more like “smashing” the record held by its predecessor, the original Galaxy S. This meant that Samsung reached this milestone seven months faster  than they did  with the Galaxy S.

The Samsung Galaxy S2 was first launched in April 2011 in South Korea, followed closely by a European release. The device only hit the North American markets (AT&T, Sprint, and T-Mobile) in early fall, which makes its performance even more impressive. 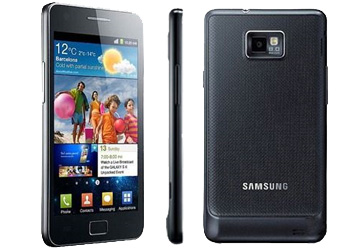 Samsung  as always eager to show off their math skills, the numbers came up with an impressive result. Since the Sprint launch in September, one Galaxy S2 was sold every 1.3 seconds. Don’t believe us? Try it yourself.

The phone is still considered the top dog of  Samsung’s ELITE category of smart phones.  Basically, the Blaze is identical to AT&T’s Skyrocket. The phone is built around a snappy 1.5 GHz dual-core processor from Qualcomm and runs Android 2.3 Gingerbread. No word about an update to ICS for now, but that’s likely to come.

It is speculated that Samsung is going to unveil a new version of the S2 at the Mobile World Congress next week.

Samsung has a seriously large fan base to satisfy when it releases the Galaxy S3. Unfortunately, that won’t happen at Mobile World Congress next week. Sammy promised that the S3 would enjoy all the limelight at a special event in the first part of the year. After all, with the S2 going so strong, Samsung has no reason to sabotage it by announcing a new version prematurely.

So, we’ll have to wait and watch what Samsung does next.

HTC - Goes all out in Mobile World Congress 2012

Android continues the growing trend,Q1 share rises to 35% according to Canalys