Another hack n’ slash game for the Android – The Runes Guild: Beginnings

In The Runes Guild: Beginnings the player is part of a secret underground organization, formed after the Great War, that consists of a few brave warriors that are the last hopes of bringing peace to the world. There is only one way to bring peace to the world, and that is by destroying the Dark Guild, so be ready to face some orcs, reanimated skeletons and a whole bunch of other monsters in the way.

The Runes Guild: Beginnings is developed in Flex with Alternativa 3D and so has good 3D graphics which would run flawlessly on most of the recent Android devices, but just because you have an older or lower end device, does not mean that the game will lag, instead WorkEffective has provided an option for the users to fine tune the graphics of the game according to their own devices so that the game may run smoothly on any device.

There is room for improvement in many departments of the game. There is also a need for a player controlled camera as the normal view may be a problem in some situations. The main inclusion that should be there in the next game is the multiplayer version that WorkEffective had promised. 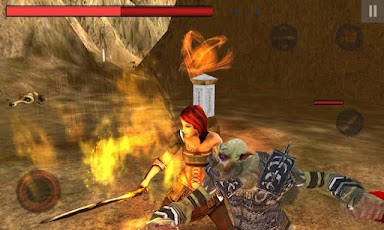 This is a pure hack and slash game and any fan of this genre should give this game a look. The Runes Guild: Beginnings is available on the Google Play store for $0.97. You can get the game here

Battleships - Enjoy this classic game on your mobile

Google adds some holiday cheer to Assistant and Google Duo