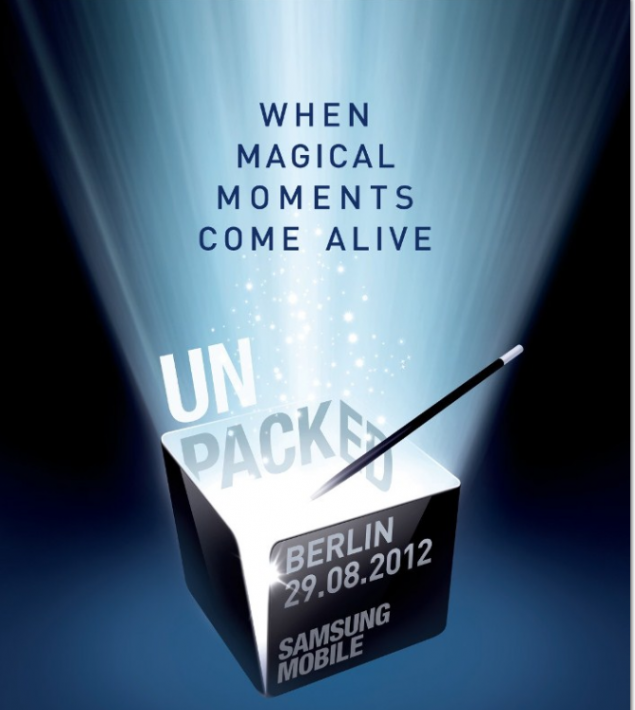 Samsung “Unpacked” its Galaxy S3 at Earls Court in London, England in May of this year. Samsung after taking the world by storm with its S3 release now tends to focus on other matters, one being the successor to last year’s first ever Phablet, The Galaxy Note. The invitations have been given out for the IFA Unpacked event in Berlin on August 29th 2012.

Rumors were going about  for a possible launch of the Galaxy Note II to be unveiled in August, but Samsung have put all the rumors to rest by telling Reuters that the next gen Phablet will be unveiled two days before the official IFA event.  The Note II is supposed to have a larger display than the original Note, most probably 5.5 inches and even a slimmer body. It has been said that the Galaxy Note II will be launched 2 weeks before the launch of the new iPhone, will Samsung have a one-up on Apple again or will the tables turn this time around, will just have to wait and see.

Galaxy S IV gets another teaser