Vector Unit has just released their latest game titled, Beach Buggy Blitz which is available at the time for only Tegra 3-based Android devices. 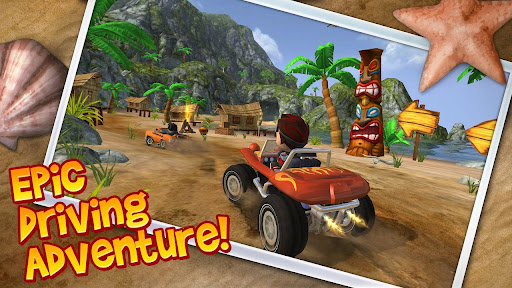 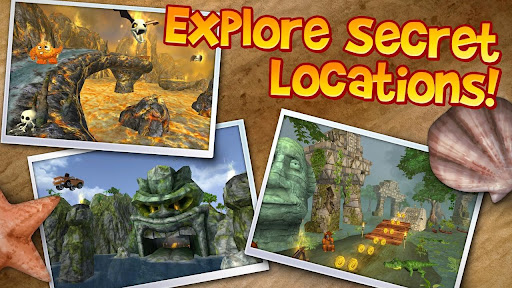 – “Infinite Drive” Environment: The procedurally generated environment means you can drive forever, and it never plays out the same way twice.
– Tons of Unlockable Content: Collect coins to unlock new cars and characters, upgrade your cars, custom paint your cars, unlock and upgrade new powerups, and purchase out of this world consumables like the rocket-powered Drop Ship.
– Totally Free to Play: You can unlock every single thing in the game without paying a dime. Or if you want to speed things up you can buy coins through the store.
– Optimized for Tegra 3: Tegra 3-exclusive features include motion blur, lens splash, dynamic headlights in caves, and real-time rendered car shadows. There are also special physics-heavy game setups (like the avalanches) available only on Tegra devices. 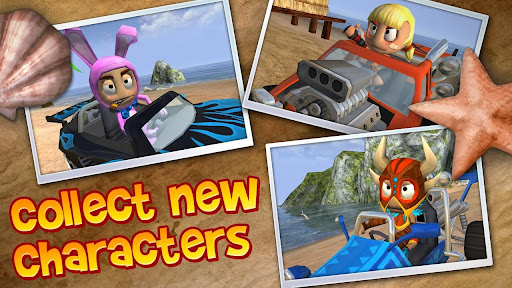 As stated you’re main objective in the game is to drive for as long as possible, and while this may seem a bit boring, the game’s dynamic engine produces a new environment every time you play the game and so no two races will ever be the same.

Beach Buggy Blitz is available on the Google Play store and is currently available only to Tegra users with a non-Tegra version just around the corner.

Free Wallpapers, Tones, Games and plenty more.....just a click away with Zedge !!

GAMEVIL Games on Sale for $.99

Game Review – Android flies off to Liberty City in GTA 3 !!!