Get Facebook Home From The Google Play Store Now

Facebook Home since its launch on April 12th has been creating quite a buzz. The only complaint which people residing in places outside the US had about the app was that it wasn’t officially supported for countries outside the United States with Facebook giving brief glimpses on a daily basis about the possible availability of the app in other countries as well. It seems like we would not have to wait for long to find out as of today, Facebook have officially announced that the app is now supported in other regions outside the US as well which is good news for all those enthusiasts who couldn’t wait to grab their hands on the Social Networking giant’s next big thing for our Android smartphones. 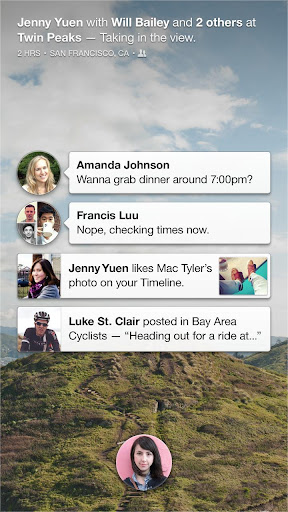 Facebook Home which actually is a home-screen replacement, enables you to get an in-depth look at your social life getting real time status updates, notifications and high quality images which can be viewed in full screen mode as well. You will have to install the official Facebook and Facebook Messenger apps to get a complete feel of Facebook Home. Currently the only devices that would initially support Facebook Home include:

The HTC One M8 – Hands On and Full Product Specs

Random App Of The Day