The use of Near Field communication (NFC) seems to be growing day by day and with the passage of time its popularity keeps on increasing, These days most high end smartphones are NFC enabled with benefits ranging from making on the go mobile payments to checking your flight details or by simply using it for everyday purposes that includes the transfer of data/multimedia between two NFC enabled devices within seconds. Samsung was one of the first ones to introduce their NFC enabled TecTiles that were launched last year together with the Galaxy S3 and today the company has announced the next generation NFC enabled programmable stickers called the TecTiles 2 which are compatible with any NFC enabled devices. 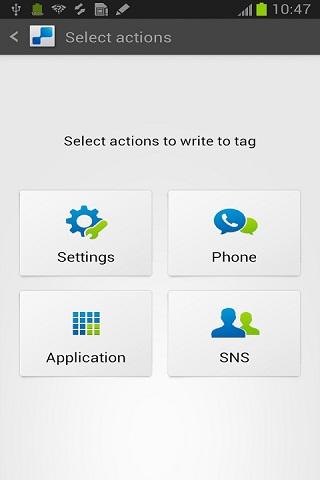 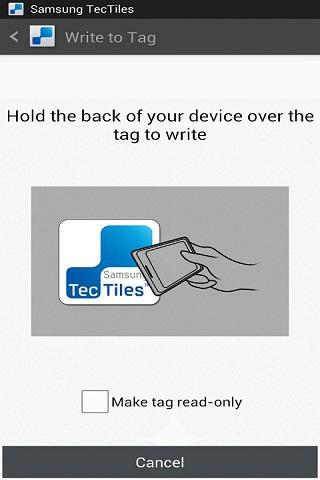 The TecTiles 2 comes along with a designated app which allows users to customize and create their own custom made NFC based functions that include making changes to the phones settings, calling a specific number, or sending a predefined text. For example, you can place a tag at the office, and when you scan it, it can set your smartphone to silent or it could bring up your work calendar. Other functions include, toggling settings between Bluetooth and WiFi, opening a particular application, and also checking into Facebook or Foursquare etc. There are many other options similar to these as well that can be chosen from making your daily tasks relatively quite simpler.

Samsung did not shed any further details about the major differences that we are to expect from the TecTiles 2 as compared to its predecessor but what we do know is the fact that a pack of five tiles are priced at $14.99 from local retailers. The app can is available on the Google Play Store and can be downloaded from here.

Android games on the go with GameKlip

Call Action – Your after call assistant