Facebook and Mark Zuckerberg both never do seem to stay out of the limelight now do they ? Well this time around its for all the wrong reasons to say the least !! As per an official statement released by the company itself, Facebook has “inadvertently” messed up the accounts of more than 6 million users including you guessed it….Mr. Zuckerberg’s as well. The fault occurred as a result of an apparent glitch (cover up story if you ask me) in Facebook’s Timeline download feature where a user could download his/her entire timeline but instead ends up downloading the email addresses and phone numbers of all those people who (annoyingly) keep popping up in the “People you may know” window every time you log into your account. 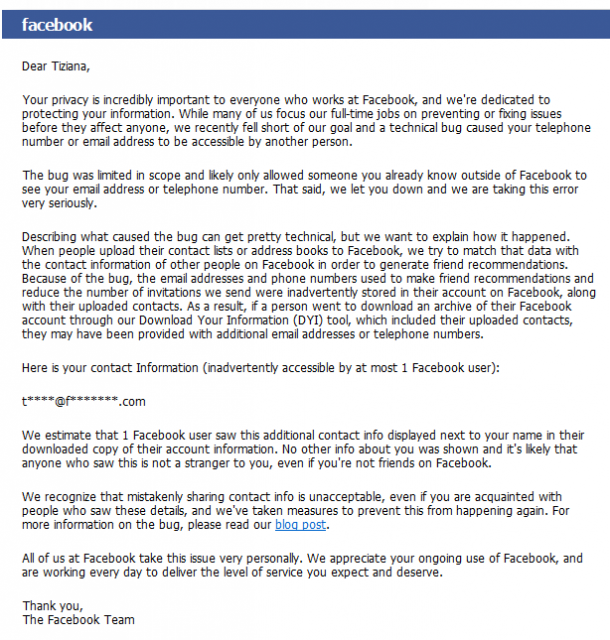 Millions of users (including myself) started lashing out at the company for such irresponsible behavior and at the end of the day all we ended up receiving was an apology letter from the Facebook team stating that it has been a mistake on their part and that the issue has now been (hopefully) resolved. Here is what Facebook had to say following the whole incident which from the looks of things wasn’t so nicely taken into consideration by the 6 million frustrated user’s for whom their online privacy means everything. Were you one of those unlucky enough to get caught up with this saga ? If you were then how did you manage to cope up with this delicate but most certainly catastrophic situation ? Do share in a word or two with us !!

Android 4.2.2 for the Samsung Galaxy S3 leaked with new features found in the Galaxy S4

How to choose the perfect oven