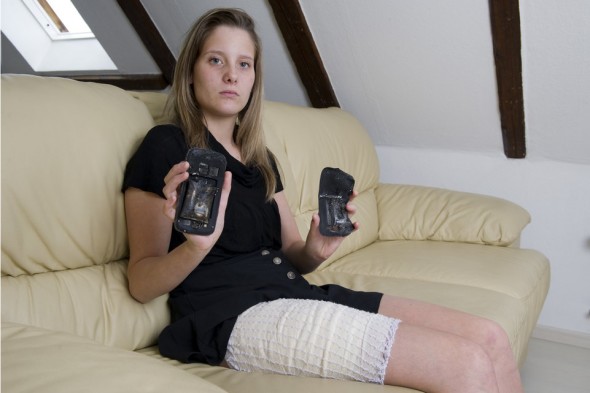 We’ve all heard about exploding devices before and the latest one to join that dreadful list is the Samsung Galaxy S3 who till now had an absolutely perfect image. The device as per reports belonged to an 18 year old student from Switzerland, Fanny Schlatter who was  apparently working when she she smelt a weird chemical smell and began to see smoke. Before she knew it, flames started to rise out of her pocket and reached shoulder height. The result was absolutely terrifying knowing for a fact that the poor girl received third degree burns on her right leg. 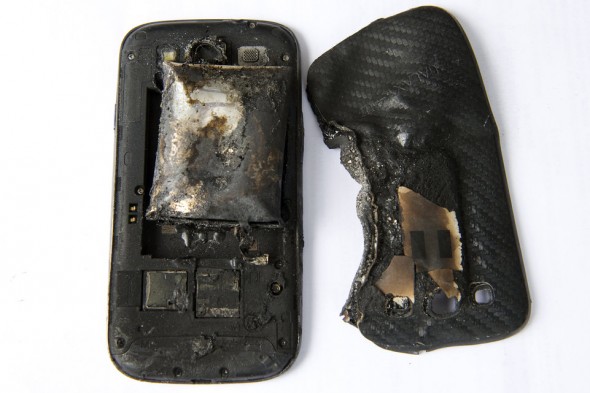 From what we have heard, Miss Schlatter has filed an official complaint against the South Korean giants for not just the damage done to her phone but also the damage which could have long term implications on her leg; seeking medical compensation in the process.  She has currently taken a sick leave till mid-August to recuperate from the wounds. Though rare, such incidences are very scary as millions of us use smartphones, we keep them next to our bed when we are asleep, on the dashboard when we are driving and we even carry them on planes and trains. Usually the battery is blamed as the cause in such incidences but it will be interesting to see how the story develops further. We would like to wish Miss Schlatter a speedy road to recovery and we hope that this article would be an eye opener for all our readers. Stay safe you guys !!