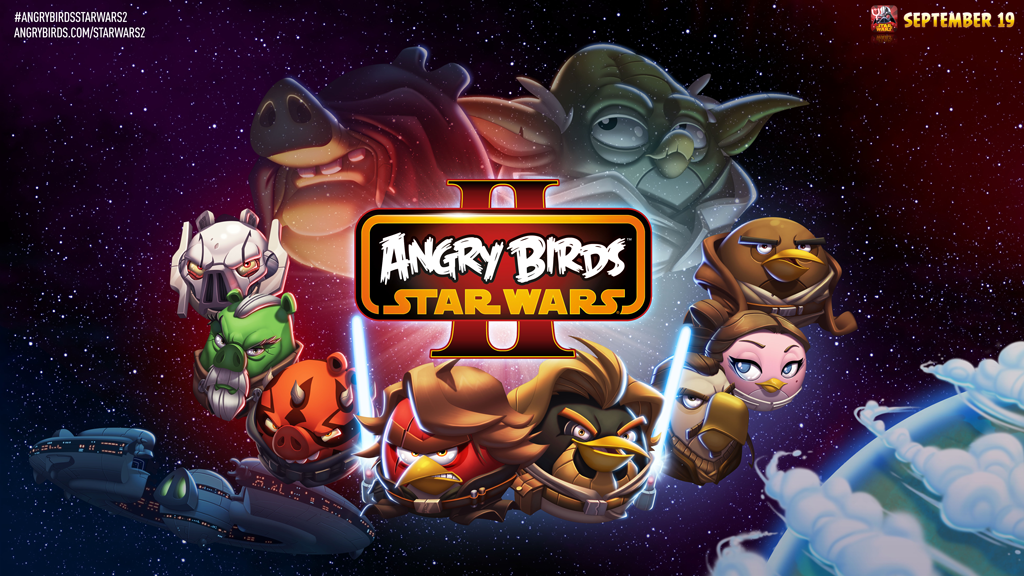 Rovio have today launched a new teaser trailer of their upcoming Angry Birds Star Wars 2 which is a direct sequel to the popular title released last year. The much anticipated sequel is scheduled to arrive on September 19th and is going to feature a host of new features including more than 30 Star Wars characters from the various movies. The first Angry Birds Star Wars game covered the events from the original trilogy with players being able to witness and play with not only a host of different characters but also at the same time were able to explore the vast planets from one stage to another. Angry Birds Star Wars 2 on the other hand tends to focus more on the prequels of the franchise’s motion pictures that were released later onward. There are also strong indications suggesting that the ever loving Jar Jar Binks might also make a special appearance within the game but that has not been confirmed as yet.

The game also features more than 30 collectible TELEPODS which are basically small character figurines from within the game that can be teleported straight into the action with just a simple scan of the QR code embedded on them through your device’s camera. Players would also have the ability to easily switch between characters within the game as well. The TELEPODS would be sold as separate collectible figures from all leading toy stores. Check out the video below to get a more detailed idea of how this new feature actually works. Another new exciting aspect of the game is the ability for players to “join the Pork Side” which does sound fitting enough to assume that we might be able to (hopefully) play from the piggies perspectives as well ? Till now no further details have been given by the company so it looks like we’ll have to wait for the game to officially make its way onto Android and iOS devices on September 19th to find out. EGG-cited ?