We are heading closer and closer towards Google’s next big event which is scheduled to take place on either 14th or 15th of October (the dates are still to be confirmed as Google hasn’t sent any invites as yet). From all the rumors that are buzzing around, we do expect the official launch of Android 4.4 KitKat running on the upcoming Nexus 5. We have today got our hands on a possible leaked version of the new OS running on the Nexus 5 and from the looks of things, it does look quite similar to Android Jelly Bean. 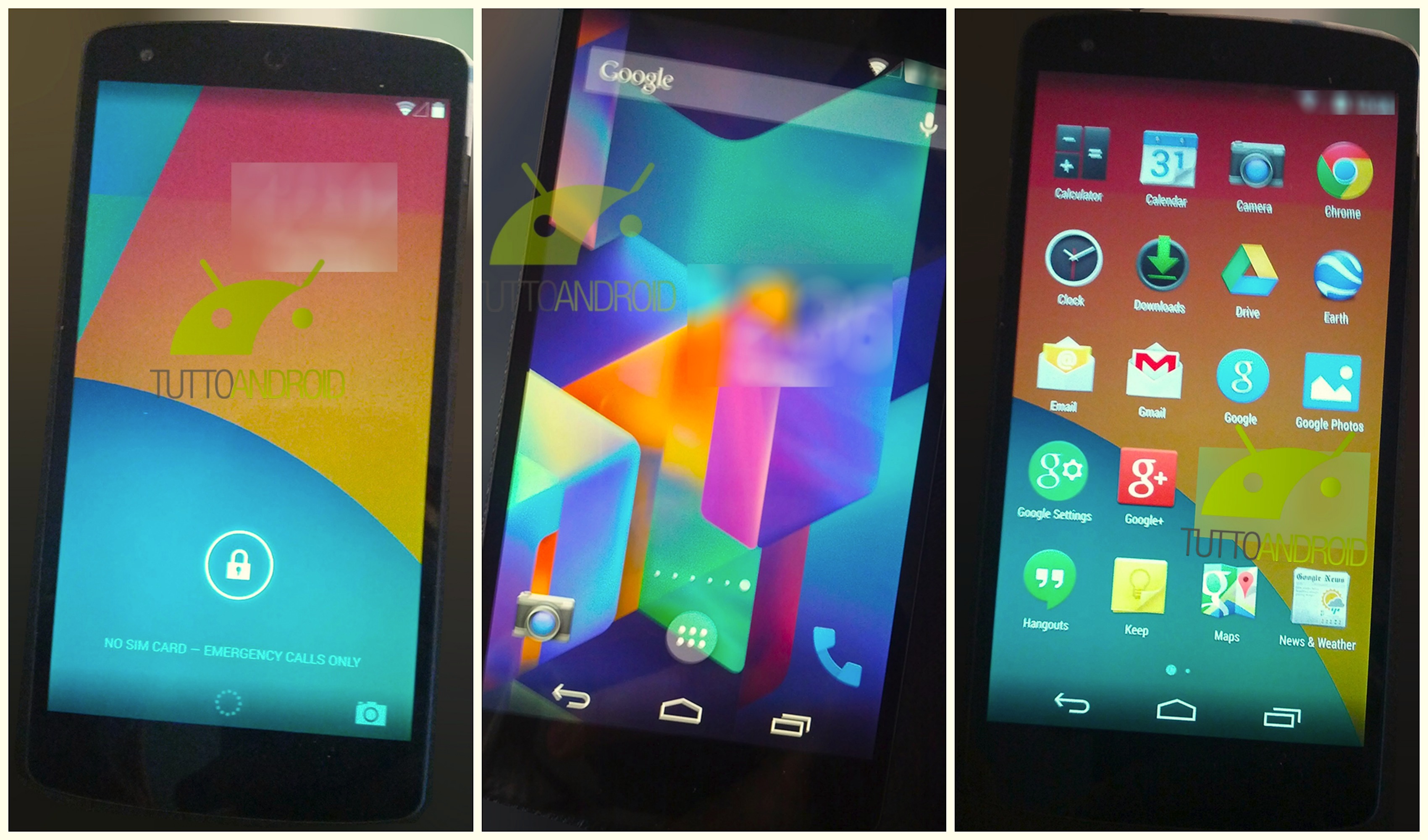 We see a few tweaks here and there which include a transparent notification bar, a tweaked app drawer showing five rows of four apps each over your phone’s background instead of black, and the ability to access Google Now by swiping left past the leftmost home screen. The Nexus 5 also reportedly features the same “OK, Google Now” voice commands as the Moto X which is still left to be seen.

These are still pre-release pics of the update that you can see and from the looks of things, we do expect to see a lot more when Google finally unveils it (hopefully) in a few days. Will keep you guys posted on the event and whatever other spicy details we can come up with before than so do stick around. Cheers !!