Galaxy S5 to have a Samsung or Sony 16MP Camera Sensor

Samsung has provided us with pretty great camera’s in the past when it comes to smartphones. They normally make their own components when it comes to processors and displays, especially, when it comes to their very own flagship devices. That being said it would be quite a shock for some people to know that the camera sensors found in the Galaxy S4 and the Galaxy Note 3 are made by Japanese Giants “Sony”. 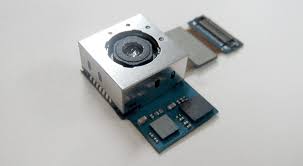 Sony in the past has had the monopoly in the market when it came to 13 Megapixel sensors, but there is inside news that for the Galaxy S5, Samsung are still planning who to choose for making their 16 Megapixel sensor, would it be Sony or Samsung LSI (part of Samsung group). This would be interesting to see who will be able to implement the latest “ISO CELL” technology, which enables for great pictures in low light.

Already the rumors for the Galaxy S5 have started to storm in like of which include a first of its kind “Eye Detection” security, or it having a Flexible display or an aluminum metal body. Currently these are all rumors, but they sure sound cool!

HTC is Sony’s First Partner to test the Playstation Mobile