Nokia has started the climb back in the market, mostly due to its Windows Phone 8 line of smartphones. The Nokia Lumia 1020 is best in its class when it comes to having a camera on a smartphone, 41 Megapixels does make a difference. Next they launch a first ever Windows Phone 8 running Phablet, theNokia Lumia 1520 having 6 inch 1080p HD display. Now they have gone a step ahead and have finally launched the First Nokia Tablet, The Lumia 2520 running Windows RT 8.1. 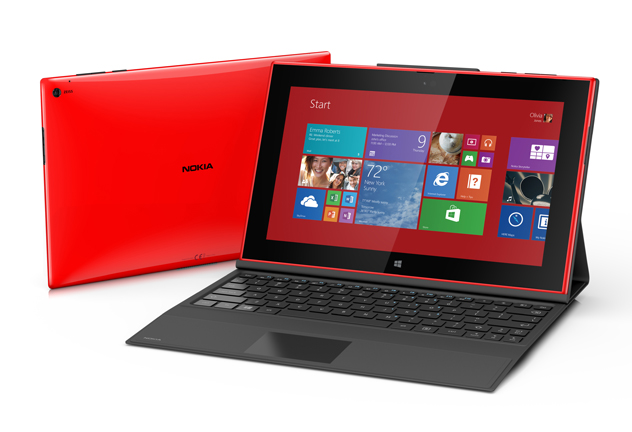 The Windows 8.1 running tablet has a 10 inch Full HD IPS LCD Display, with alot of power under the hood. The tablet is powered by a Qualcomm Snapdragon 800 Quad-core processor, 2GB of RAM, has a 32GB storage capacity and is LTE enabled. The Lumia 2520 sports a 6.7 Mega pixel shooter at the back and 2 MP camera in the front. The tablet will sell retail at $499 which is around the same as the Microsoft Surface 2, so will be a bit tough to decide which tablet is better.

If you think the Microsoft Surface 2 has an edge due to it having a keyboard then think again, the Lumia 2520 has an optional Keyboard back cover, which also gives 5 hours extra of battery life, that would prove pretty handy in those emergency situations. The tablet will be available in four colors – Red, Cyan, White and Black. The full specs list is mentioned below:

Nexus S gets a taste of Android 4.4 KitKat with new Custom ROM