This is the time of year, wrestling fans all over the world anxiously wait for. You’ve guessed it right folks. Wrestlemania 30 is just around the corner and we’re already quite pumped up for the mega event scheduled to take place in New Orleans on April 6th. With that said, Blackberry took this opportunity into their stride and have recently released a minor update for their patented BBM app for both Android and iOS devices. The BBM version 2.1 update brings new sticker packs that can be purchased from the BBM shop. There are also quite a few featured packs available for free as well including the WWE sticker pack which offers a free collection of WWE superstars including the likes of John Cena, Hulk Hogan, Rey Mysterio, Kane, The Undertaker ,Shawn Michaels, Batista and many more. 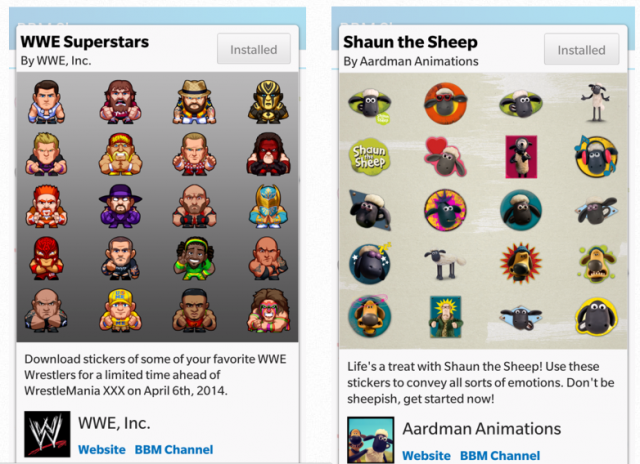 The update also adds a few other features including easy photo sharing in multi-person chats along with an increase in the overall file sharing size as well. You can now share files sized up to 16MB. For those who don’t have BBM installed as yet, we’ve just got TWO WORDS for ya…..Google Play 😉

The ultimate Samsung GALAXY S5 Drop Test. How do you think it fared? - [Video]