Samsung has been hinting at taking out a “Premium” version of its 2014 flagship device, the Galaxy S5.  Rumors for the Samsung Galaxy S5 Prime, that’s the name most likely we’ll see,  have been flying around left and right, but no pictures of the device had surfaced. That wish has been fulfilled by phoneArena it seems.  The pic shows a Samsung device, which looks alot like the S5 but has some minor body changes as well. 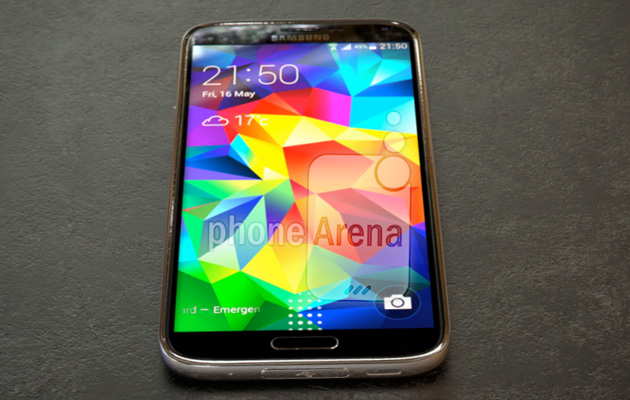 There is no speaker grill at the back of the device, the bezel has been made more rounder from the edges and seems to be a bit small as well. Another difference we could tell by the pics was that the heart-rate monitor is built slightly differently as well. The S5 Prime has been rumored to have a QHD display(2560 x 1440), an Exynos Octa-core processor or a Snapdragon 805 processor powering the device. The ram has been bumped upto 3GB and it would be having 32GB internal memory. On the software front the device would be running on the soon to be released Android 4.4.3 (KitKat). 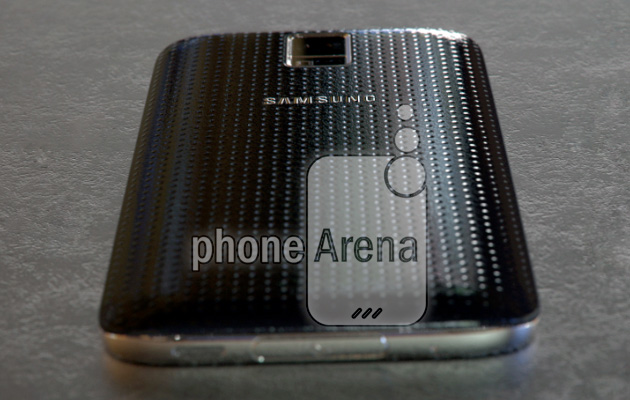 The biggest difference though is suggested to be the material of the device’s body. Rumors suggest it to be metal, instead of the plastic we usually see Samsung devices made of. Well, these pics do confirm, that a new Samsung device is on track and we hope these pics are of the S5 Prime only. Only time will tell, what the S5 Prime holds for us, till then Happy Imagining!