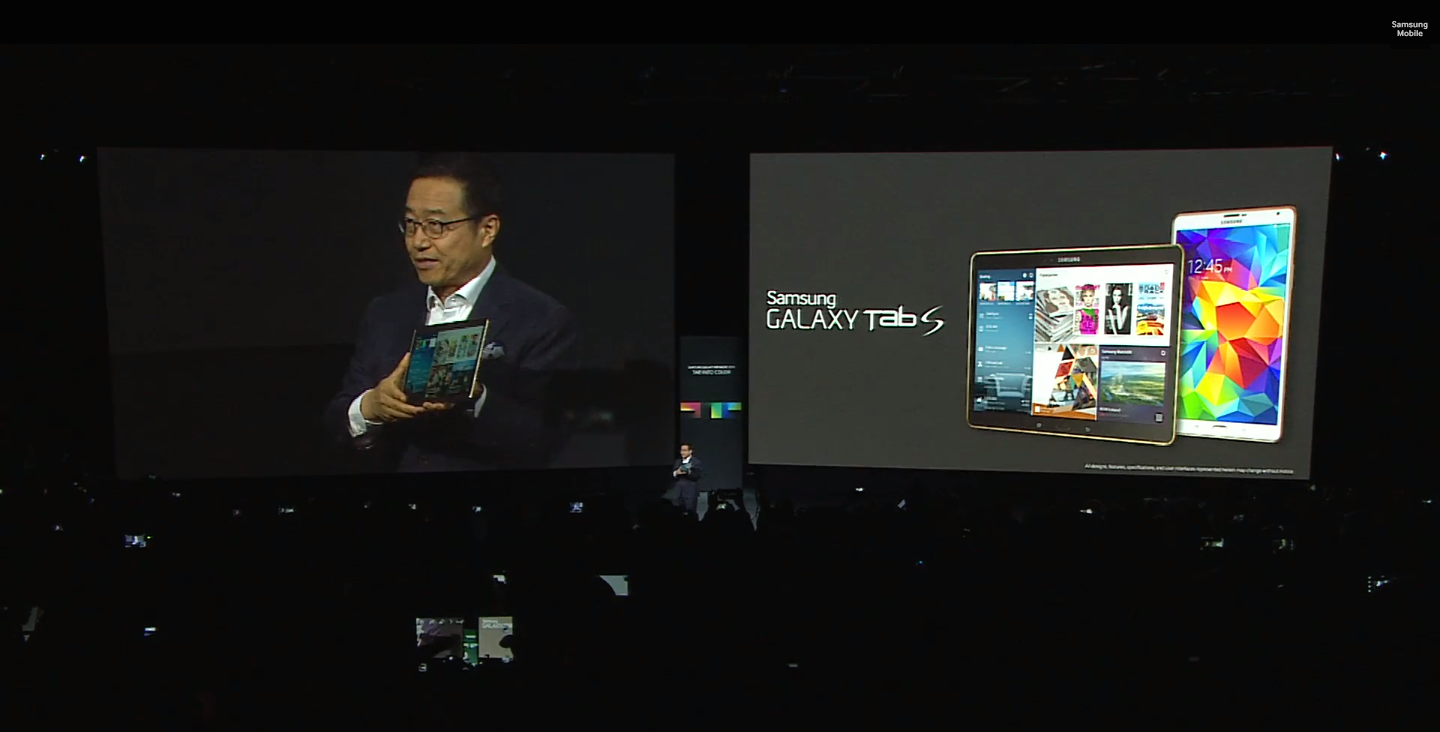 When it comes to making grand stage announcements, Samsung always tend to have the correct formula. The South Korean Tech giants in their live “Premiere Event” at Madison Square Garden in New York officially unveiled their new range of flagship tablets for 2014, the Samsung Galaxy Tab S 10.5 and the Galaxy Tab S 8.4 with both the device having almost the same specs, with the only difference being the screen sizes. As their name suggest, the tablets would be available in 10.5 and 8.4-inches respectively and would be running on Samsung’s latest Magazine UX. 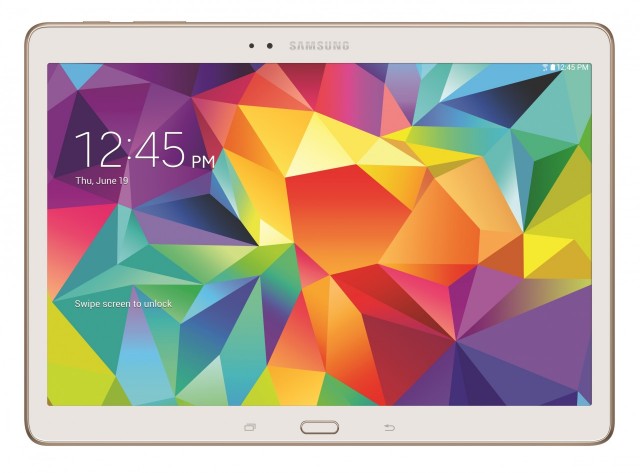 As far as the devices body is concerned both the devices would be enclosed in a premium plastic coating together with a perforated faux leather back. Both the devices would be available in two color variants, Black and White. When it comes to Samsung’s premium range of Android devices, the one common thing among all of them would most certainly be the perforated faux leather back which featured for the first time in last year’s GALAXY Note 3 followed by the recently launched GALAXY S5. Now coming to the software, both the devices would be running on the latest Samsung Magazine UX engulfed on top of Android KitKat. Samsung also had to make another major announcement as far as the devices software goes, aimed especially for the kids. Both the tablets will feature a child-friendly “Kid mode” and connectivity with your Galaxy S5 that allows you to receive calls directly from the Tab S via a feature they’re calling “SideSync 3.0.” Samsung also announced partnerships with Netflix to bring full HD 1080p video streaming to the Tab S, along with Condé Nast for Vogue, GQ, Glamour, content, as well as National Geographic. Marvel have also announced that they would will include the Tab S in the upcoming Avengers: Age of Ultron movie and have also promised that they’d be giving away a free 3 month subscription to Marvel Unlimited, along with Google Play with their free 90-day trial to Google Play Music All Access and free copy of Gravity for Play Movies & TV. 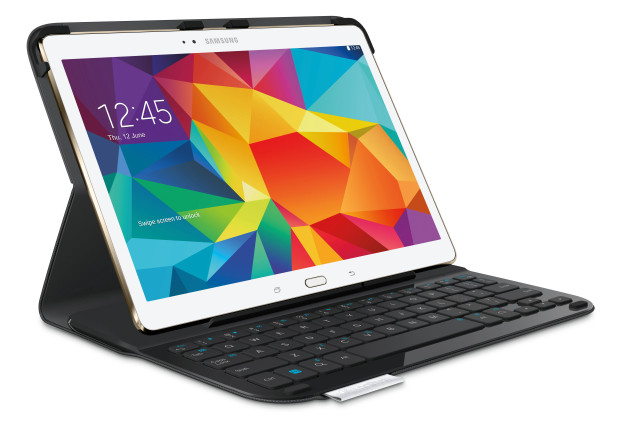 So which one would you guys be going for ? With Father’s Day being just around the corner, this could be the perfect gift for your old man.

The Moto 360 – Smart just got a bit more Sophisticated

Transform Pictures into Pieces of Art with Prisma

Introducing the Galaxy Note7 – The smartphone that thinks big