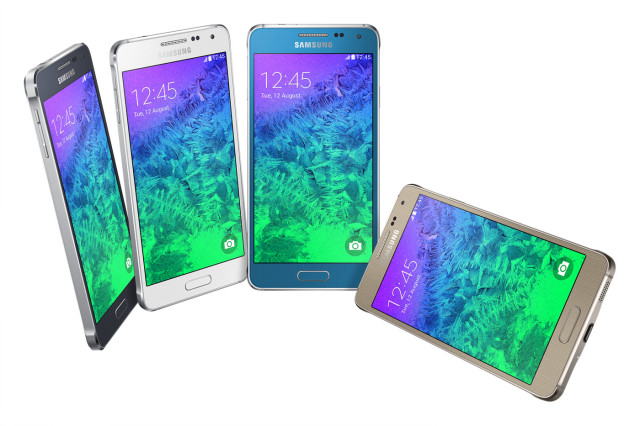 Samsung devices were always criticized for having a lackluster plastic body.  OEM’s such as HTC and Apple had an edge over Samsung in this domain, as the metallic bodies of their devices gave a premium feel. Well not any more, as of yesterday Samsung unveiled their first metal-body smartphone, the Galaxy Alpha.

According to Samsung, this is an “evolution of Galaxy Design”, so we shall be seeing more Samsung devices having a similar body. The Galaxy Alpha has an aluminum frame, but the back is still the same soft-touch plastic cover providing a better grip. The device is the perfect combination of metal and plastic, and does have that premium feel to it.  Now moving towards the specifications of the device, the Samsung Galaxy Alpha has:

The device will also be filled with Samsung’s own features such as the S Health and the revolutionary Ultra Power Saving Mode and much more. The Galaxy Alpha will come in the following colors: Charcoal Black, Dazzling White, Frosted Gold, Sleek Silver, and Scuba Blue.

It has not been confirmed though that which markets this device will be available in, but it is for sure that this is not a one-off device. The Galaxy Note 4 could be the next device having this type of body, that would definitely be a plus point if it did. So, how did you like Samsung’s first take on a metallic smartphone, caught your interest? Let us know!