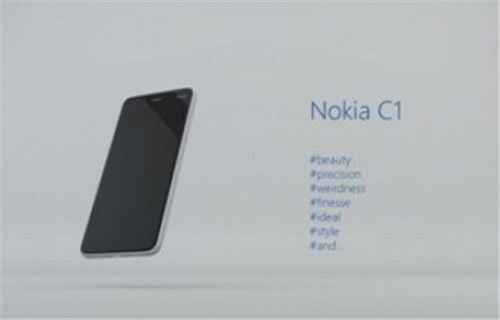 It seems like Finnish cellular giants Nokia have found a new lease of life following their split from Microsoft and the company are now (from the look of things) heading in the right direction. Not so long ago we had heard rumors about the launching of Nokia’s first Android powered Tablet the N1 and now rumors are beginning to surface about the possible launch of the Nokia C1 which would happen to be Nokia’s first device to run on Android which apparently would be the real deal and not like the ones we got from Nokia’s earlier Android devices the Nokia X, XL and the X2 that even though were running on the core Android architecture, they never fully portrayed the actual feel of Google’s most used OS to date.

Things are about to change with the C1 and even though Nokia’s current contract terms with Microsoft do not permit them to launch a new device until 2016, but apparently their manufacturing deal with Foxxcon (the same company that produces the Nokia N1) gives them a legal loophole to provide a smartphone with their name on it well before that so we might just happen to get a surprise at either the Mobile World Congress or the Consumer Electronic Show in 2015.

As per the current rumors, the C1 is said to sport a 5-inch display with the resolution currently under the wraps, an Intel processor, 2GB of RAM, 32GB of internal storage and an 8 MP rear shooter. As far as the device’s software goes, the C1 is expected to run on Google’s latest OS Android 5.0, Lollipop catered together with Nokia’s very own Z launcher. Will keep you guys posted on any further updates as soon as they come up. Till then hope you guys have a Merry Xmas and a Happy  New year. Cheers !!