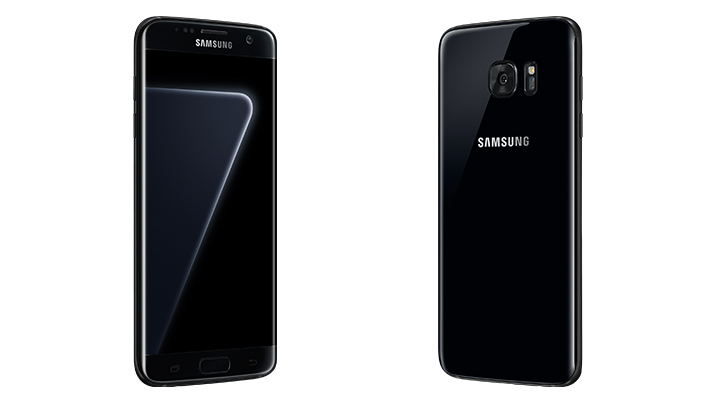 Following the unfortunate incidents with the GALAXY NOTE 7, Samsung have taken into their stride to focus more on its other flagship device of the year, the GALAXY S7 Edge. Recently the South Korean tech giants announced a (sexy) new color which I’m sure all of you who prefer the black variant of the device are in for a special treat. The Samsung Galaxy Edge is now available in “Black Pearl” which as the name suggests, is fully wrapped in a sleek black enclosure with identical home, power and volume buttons. From a first glimpse, the device looks absolutely stunning and if you’re a lover of black devices, you’ll certainly seem to fall in love with it. Here’s an extract from the company’s official press release;

“The glossy new colorway, which radiates quality and luxury, will be exclusive to 128GB versions of the device. The new Black Pearl Galaxy S7 edge follows the Blue Coral and Pink Gold editions released earlier this year. While those were largely inspired by calming, natural hues, Black Pearl was designed to be modern and striking. The sleek black finish blankets the entire device – edges and all – and adds depth to its glass design. The result is a stylish all-black aesthetic that captures the essence of the color in its purest form”. In addition to Black Pearl and the other aforementioned editions, the Galaxy S7 edge is also available in White Pearl, Black Onyx, Gold Platinum and Silver Titanium. The new Black Pearl variant is available now for selected markets. If you’re on the lookout for a new S7 Edge this holiday season, the Black Pearl could very well be one of the first names on your shopping list. So what do you guys think of the new color? Share your thoughts with us in the comments below!

Introducing the Q-Mobile Noir Z12 Pro - Smartphone of the year

Nexus S gets a taste of Android 4.4 KitKat with new Custom ROM

A new Honor Gadget Ready to Hit the Market

Get the Android 4.4 Experience with the new Google Launcher