The HTC Thunderbolt has received an update, this update has been revealed to hold enhancements for the 3G aspect of the model and also a messaging bug fixed. not only that but there were some others. check out the image below to see the other updates 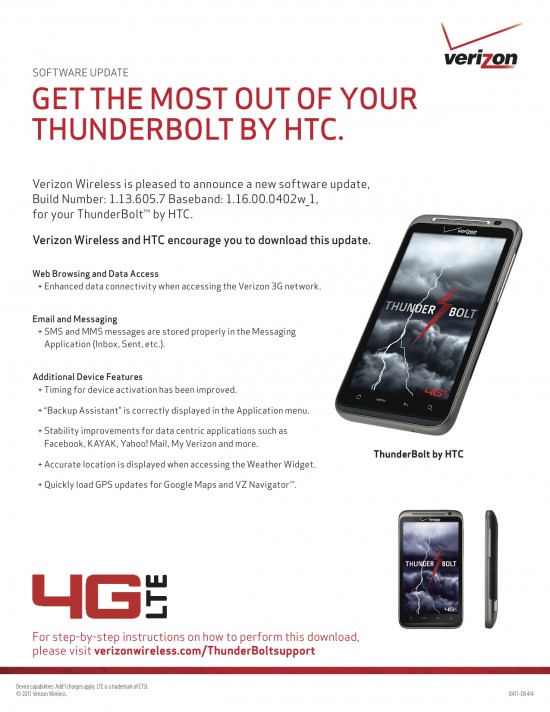 For those of you who own the HTC Thunderbolt then enjoy the update.

A quick look at some of the features of Android 4.4 KitKat

Android update: A gift to Asus transformer tablet on the New Year eve