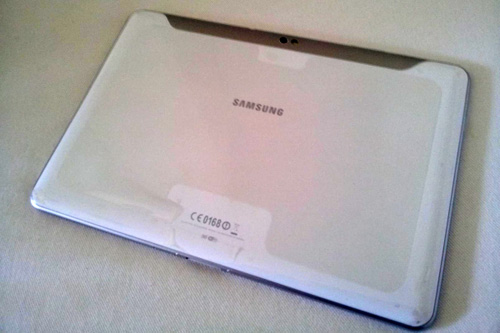 It seems like the upcoming Galaxy Tab 10.1 will be coming in white variant alone with the gray and black deco revealed at MWC and later at CTIA in a slimmed down format.The white one will also be running on android 3.0 Honeycomb and will have the same specifications as of the darker versions.The Pictures above is of the 16 GB model and the dual cameras are very prominent.

There are no news as to when this white tablet will be released,whereas the standard deco is ready to be released in june.For more announcements and latest news, a registration page is now live at Samsung’s US site to sign up for the regarding the Tab 10.1.

The Panasonic Toughpad- An Unbreakable Tablet?

Google’s Nexus 10 Tab to be manufactured by Samsung – [Rumor]