Samsung set to unleash its “BEAST” at the Mobile World Congress !!

Rumour has it that Samsung are setting their sights on a possible launch of a new tablet powered by the upcoming “BEAST” of a processor, the dual-core 2 GHz Exynos 5250 at the World Mobile Congress which is scheduled to take place on 27th February in Barcelona, Spain.

Samsung’s Exynos chipset series is one of the most efficient, fast and capable chipsets around and the Exynos 5250 will take things a step further.

It’s an ARM Cortex-A15 chipset that will boast a 2GHz clock speed, all the while sucking even less power than some of their earlier chipsets. The chip has begun sampling, according to Samsung, and will hit mass production sometime in Q2’12. 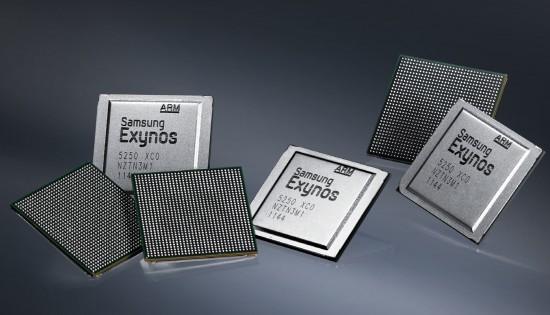 This gives them a good timeline to put the chip into an early device and showcase it at this mega event.

The device they’re looking to bring out is reportedly bigger than 10 inches. Yes, I know – it’s hard to imagine anything bigger than 10 inches to be considered wieldy enough for practical use. “Well what if the device is just 10.1 inches,” I asked myself. Well that may be possible if not for the belief that it will come with a WXQGA display (2560×1600), something that the Exynos 5250 will indeed support besides many things which it has to offer including twice the computing power, insane memory bandwidth(12.8 GB/s), 5x the graphics horsepower, and most importantly ALL DAY BATTERY LIFE !!! (Yes I know guys…im sure you all must be thinking the same thing as I was after reading this because by now we all know that Android and “long lasting batteries” don’t go hand in hand)

Even though Samsung’s Exynos 5250 will not hit mass production till next quarter, they still have enough of the chips laying around to pop them into some demo devices and put them on display at Mobile World Congress. The fact that Samsung already has Android 4.0 up and running on the Exynos 5250 shows me how serious they are about being first to market with an A15 part.