TomTom for Android set for a summer launch

When it comes to GPS Navigation, the first names that come to mind are either Garmin or TomTom who by far are the market leaders; but with the launch of Google Nav for Android, Google might just have started to eat (if not much) into the market share of these two giants. Unlike both Garmin and TomTom, Google Nav is free which means more people are inclined to try it out but the point which should be noted here is the fact that both Garmin and TomTom traditionally offer better location pinpointing and have a different set of features and unique looks that their respectively loyal fans enjoy. 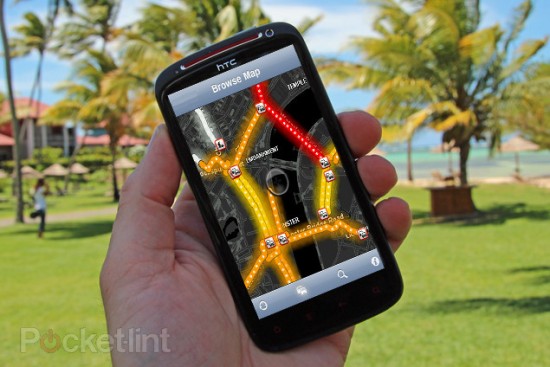 Those loyal TomTom fans will be happy to learn that the launch of a TomTom Android App is imminent. Company co-founder claimed a launch would come “fairly soon” but it’s his emphasis that the “summer season is important for us,” which makes me think an appearance by the end of June is likely.

TomTom already has a fairly successful iPhone app priced at $59.99, although it’s sub 4-star rating may worry some. You can expect that an Android version will have a very similar look in feel to the actual car navigation, while the on-phone navigation should be more like Android like.

I’m a huge fan of Google Maps/Nav. In fact, it’s probably the single Android app I use most besides Gmail. Comments on the iOS app indicate the same sentiments, and point out that a recent social media integration isn’t the direction they’d like to see TomTom take given the success of Google Maps. Personally, I can’t justify spending an extra $50 bucks on TomTom for Android when Google Maps/Nav come free and work pretty darn well. Only time would tell whether the adaptation of TomTom to Android would be able to attract users. Would you be willing to spend for something that you are already getting for free ??

Let’s Bowl in the android Market