Our friends from Transylvania (Romania), Finmouse who had initially entered into the Android spot light with the launch of their handy little Call Reminder Notes app which was launched in February, 2012 have once again come up with another interesting little game which promises to keep you addicted for hours. Its a relatively simple game in which one has to guide a tiny charged Electron through a number of fun filled obstacles including switch boards, radios and juke boxes to name a few.

The game uses simple mechanics which involves tilting and jumping to avoid crashing with transformers, diodes, lamps, radiators. You enter tunnels, climb ramps and slam into speed boosters while collecting Electrons, Protons, and Neutrons to maintain your energy level and also powering up the various electronic devices to advance to the next level. 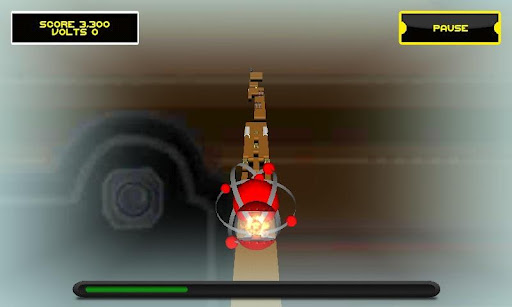 Jumping Electron is a fun filled game overall and is available as a free download from the Google Play Store.

Lenovo ThinkPad to Get ICS Update