More than 75% Android devices sold in the last quarter 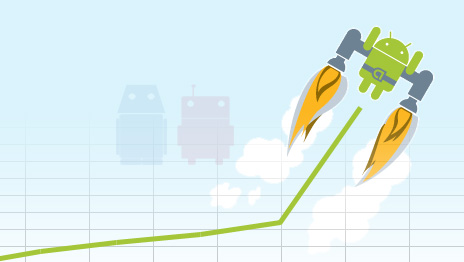 Google have once again shown their dominance in the smartphone industry with special credit going to its Android OS. According to recent results released by IDC, one of the world’s most respected and credible analytic’s firms, Android still remains on top of the food chain claiming a whopping 75% of the world’s total smartphone running Google’s flagship OS.

Google have now succeeded to put an Android device in the palms of more than half of the total smartphone population around the world. The search giants have claimed that 181.1 million smartphones have been shipped in all since the last quarter putting Android’s figure at a massively impressive 135.82 million.

The only other operating system to go in double digit figures was Apple with 14.9% of the share with RIM’s Blackberry OS coming in third which only accounted for a meager 4.3%. The launch of Microsoft’s new Windows Phone 8 seems to be a light at the end of a very dark tunnel for Finnish phone manufacturer Nokia who have struggled to keep up with the ever increasing demand for Android.

TECNO Grabs A Huge Portion Of Smartphones Sales In Pakistan