Dart games have been a fan favorite since the get-go. Traditionally played at pubs, bars, at school and sometimes even at home, darts have been one of the oldest forms of recreational activity for both the young and older generation. With the passage of time, new technology keeps coming under the fold everyday with people getting more and more inclined towards handheld gaming rather than actually playing in person. Smartphones have paved a way for endless possibilities whether its in the form of communication, work or for playing 3D games while you are on the go as we all know that time management is becoming a problem on a daily basis. The first and foremost thing on my daily agenda is to check any new games which suit my needs and with that said, the other day while I was just flipping through the Play Store, I happened to come across Darts Master which is a fun filled time killer which happens to ease those stressed up nerves after a hard days work. 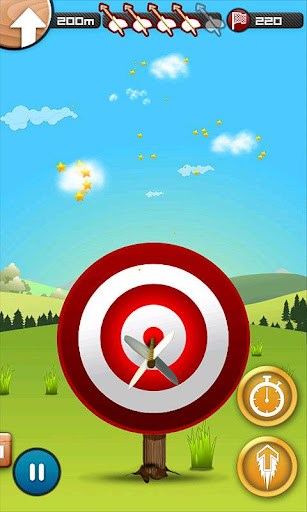 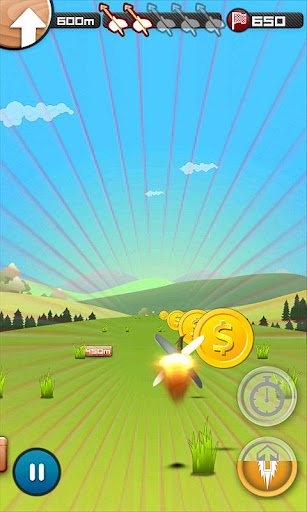 Game developer’s Rosemary have come up with quite an intuitive little piece of wonder with Darts Master. The game is relatively quite simple and easy to adapt. In it, you get to control the direction of a dart and in the process have to collect coins and avoid all the obstacles coming in the way before you finally hit the bulls-eye. The game includes four playable modes for an even greater and funfilled gameplay experience. Each mode has changeable wind so you have to adjust the accelerometer control accordingly. Some targets can move leftwards or rightwards, you need to pay attention to it. You get 5 trial times for each mode except the “Bullseye Expert” mode in which all you need to do is just score in one go. 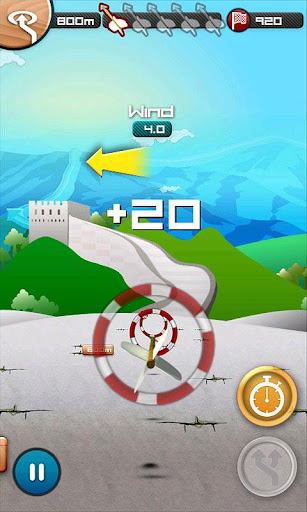 1. Easy mode allows you to collect the gold readily in the sky. You can use “Speed Up” skill to avoid wind effects or “Slow Down” skill to target the bullseye accurately.
2. Avoidance Mode asks you to prevent from hitting the shields in the battle-field and hit the “Enemy” target. You can use “Shield” skill or “Slow Down” skill in the mode.
3. Multi-ring Mode allows you to cross the ring obstacles consecutively in the Chinese Great Wall and hit the target finally. You can use “Double Arrow” skill to create an extra arrow for enhancing the probability of “Ring Crossings”. “Slow down” skill is also available in this mode.
4. The most challengeable mode is “Bullseye Expert” mode, you need to control the arrow’s orientation accurately in the virtual dark corridor in order to hit the bullseye. You have no skill to use in this mode. You have to hit the bullseye for each flying arrow in order to continue the game. It is the mode for real Archer Masters!

Currently these are the only game modes available for now with more to come very soon. Rosemary have once again done a brilliant job in crafting out a game which is not just fun to play and on top of refreshing your old memories, it also keeps you glued to it for hours. The game can be downloaded for free from the Google Play Store.

Samsung to develop their very own Android Browser