Hey Tweeps we’ve got some good news for you guys. Twitter have updated their official app for Android and iOS and in the process have added a useful little feature which allows a user to share tweets among colleagues and friends over email directly from Twitter’s main message stream. This is what Twitter engineer Stefan Filip had to say on a blog post,

Other features of the update allows user’s to post comments, pictures, various links etc with special consideration given to Twitter applications for iPhone and Android to improve search results and highlight photos, videos and news shared at the service. 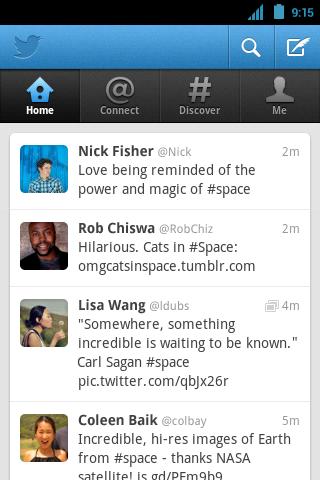 New Features of the update