Not so long ago we heard the Taiwanese Tech giants HTC say something about the possible entry of two new smartphones getting added to the already impressive range of Desire series, the HTC Desire Q and the HTC Desire P. Today we got our first hand looks on both the devices which are set to be initially released in China via China Mobile, one of the most renowned network carriers in the country. 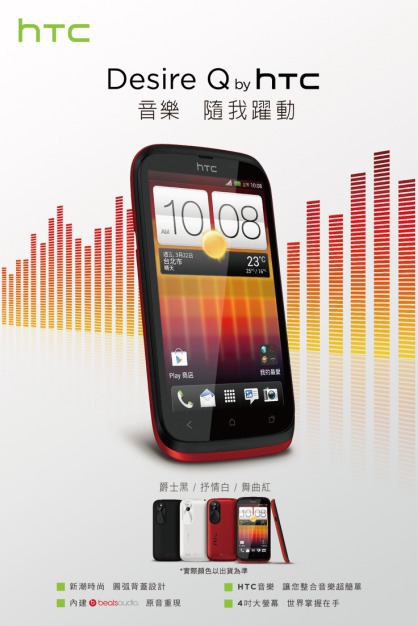 From what we have been told, the HTC Desire Q just like its its predecessor the HTC Desire X, would be having a 4-inch display and will be available in black, white and red costing around $235 (no further details have been disclosed as yet)The HTC Desire P on the other hand is slightly bigger than the HTC Desire Q having a 4.3-inch WVGA display, an 8 megapixel camera, a front-facing camera, 1GHz dual-core processor, and will come in red and white for $365. HTC has not even given a whisper for the original launch date, though expected to be made available somewhere in Q2 2013. 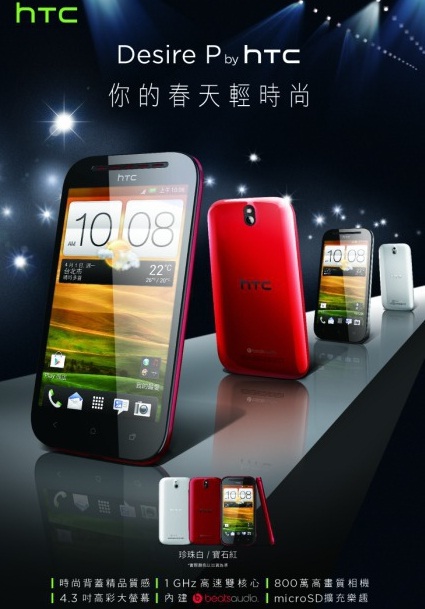 Even though both the devices have not made as similar an impact as the HTC One, but that is understandable considering the fact that they do fall under the budget friendly category. Further details involving both the devices would be unveiled soon so do stick around to find out.

Kaspersky Mobile Security To Be Made Available For Free

FTV Phone: A cynosure for the Fashion Enthusiasts

Nexus 4 to come in a New Color – White