Home > Android Phones > Has The HTC One Got a New Red Color ?

Has The HTC One Got a New Red Color ?

HTC’s new flagship device of 2013, the HTC One is the talk of the town these days specially after the official launch of its bitter nemesis the Samsung Galaxy S4 which also entered the market not too long ago. Initially the Taiwanese giants had only mentioned about the two possible colors in which the device was to be launched namely silver and black but from the look of things and also from this picture which we came across recently on HTC’s own website but before we could go into any further details, the company removed it immediately stating that it was just an error made by one of their coders and there is such color variant available for the HTC One. 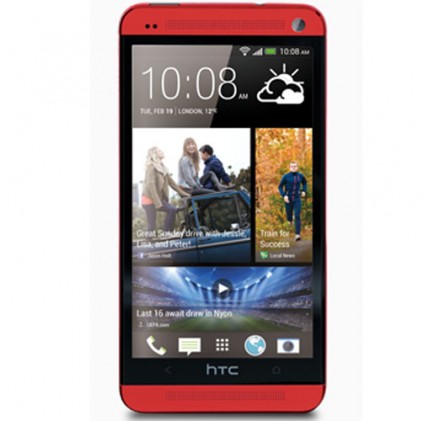 Now from our assumptions, this might not just be entirely true since no company would actually put up a full fledged picture of its flagship device and then remove it saying it was only an “error” on their part. No official word has been released by the company as to when and if we are ever going to see the red variant of this otherwise amazing device and currently one of the best Android Smartphones in the market. We’ll keep you guys posted on any other news that we come across regarding the new color variant and if any of you come across the device yourself then please feel free to share with us.