When Samsung launched the Galaxy S3 last year it was only available in two colors at that time and same is the case with its next flagship device, the Galaxy S4, but with the passage of time the company started rolling out other color variants for its flagship devices. The trend that started with the Galaxy S3 is also being carried over to Samsung’s newest entry in the market, the Galaxy S4. The company have announced a new Aurora Red color exclusively for American cellular carrier At&T. The new color is slightly more on the darker side as compared to the Garnet Red color of the Galaxy S3 which gives the device a combination of Maroon and Dark Red look. 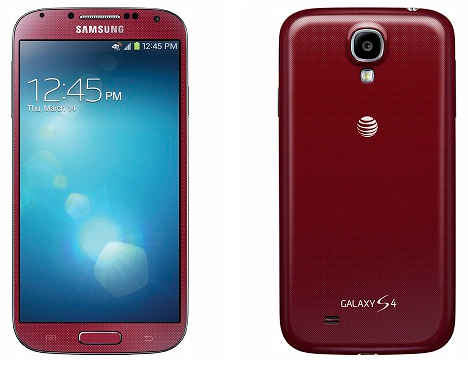 For those of you who are interested in grabbing your hands on this new colored beast can start pre-ordering their devices from tomorrow. The new devices would start rolling out from June 14th and is only stated to be made available in the 16GB variant so for those who are looking for more internal storage can opt to go with the original two colors, White Frost and Black Mist or they could wait for the devices to be launched in other color variants that are scheduled to arrive this summer. These include Brown Autumn, Blue Arctic and Purple Mirage.

Enjoy All of the One Plus 2 Wallpapers Here [Download]