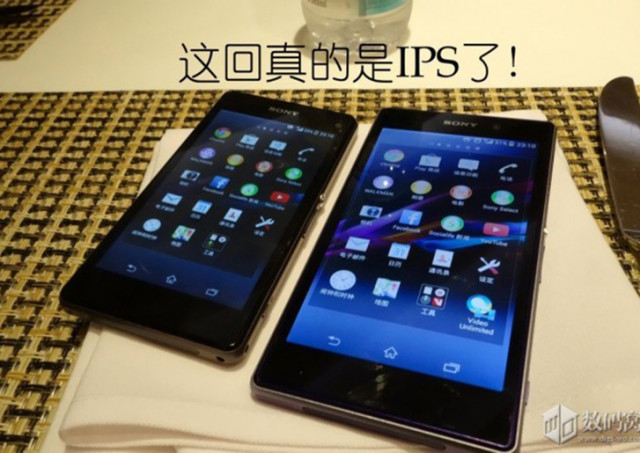 All OEM’s these days are launching Mini devices for their flagship smartphones. Samsung started the trend with the Galaxy SIII Mini and the Galaxy S4 Mini then HTC followed with their HTC One mini. Now its Sony’s turn to jump on the “Mini” band wagon. The Sony Xperia Z1s is the predecessor of Sony’s current flagship device the Sony Xperia Z1.

Thanks to Digi-w0, we have the latest shots of the upcoming device sitting next to its older brother the Xperia Z1. The device looks quite similar to its older variant except the size of the device. What has excited us the most about this upcoming device are the rumored specs. The Xperia Z1s is powered by a Snapdragon 800 processor with 2GB of RAM, this would make it one of the most powerful smartphones in that price range. The 20 megapixel camera found on the Z1 is supposed to be present in the Z1s also, on top of all that will be dust and water proof like the other Xperia Z devices. Lastly it would come out of the box running Android 4.3 Jelly Bean.

No official conformation from Sony for its release is yet heard of. Though a budget phone with such power under the hood is surely to turn a few heads.