Google have officially released the Android 4.4.1 (KitKat) update for the Nexus 5 and as promised, a large chunk of the update focuses on the camera’s improvements. We had been hearing rumors since weeks about the update along with the new features and modifications that it was featured to bring to the Nexus 5’s camera. 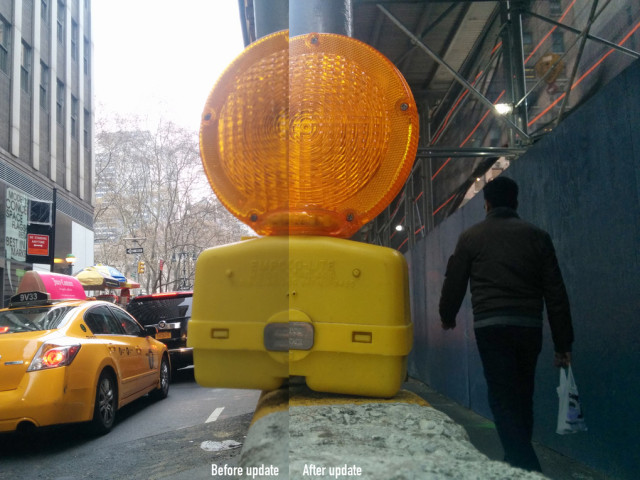 These seem to be a welcome addition to the device’s camera which even though has fared quite well, the update is going to make it even better. To keep things short and simple, when you combine all the new features together, the results are going to be sharper, less blurry and much better illuminated snaps even under low lighting conditions which is one of the key attractions of the Nexus 5’s camera. The OTA update has already started rolling out as we speak so most of you must have already received it by now. So what do you guys have to say about the camera’s new improvements that the update has to bring ? Share in a word or two if you can. Cheers !

HTC One V to have more color options

TECNO CAMON i4: THE FIRST TRIPLE CAMERA OF CAMON SERIES