HTC M8 (One 2) Screenshot Leaked in the Wild

The smoke has started to settle in for the next big HTC’s smartphone, with various rumors coming in for the M8 or the One 2 or the One Plus. Our friendly neighborhood  leakster evleaks has shared its latest pic of the smartphone. According to earlier rumors the new HTC will not have hard navigation keys, and now thanks to evleaks more light has been shed on the subject.

A screenshot of the homepage of the new HTC has leaked out and it clearly shows the new on-screen navigation buttons. This means the device will have a much smaller bezel only housing a speaker. Other rumors for the device include twin camera’s at the back of the device, 2GB of RAM etc. Well MWC 2014 is the place to be where all the big dogs are coming to show off their new beasts. 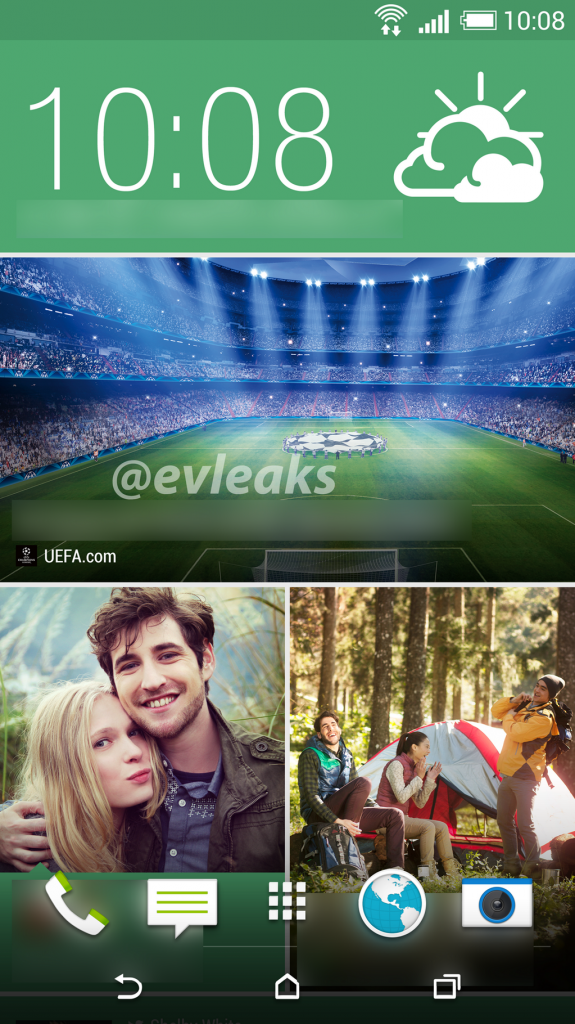