Home > Samsung > The ultimate Samsung GALAXY S5 Drop Test. How do you think it fared? – [Video]

By now we all know that no matter how expensive, good looking or relatively new they actually are, smartphones these days HAVE to go through some sort of rigorous testing even after they have been released. With that said, even though the Samsung GALAXY S5 hasn’t seen the light of day as yet, (the device is officially rolling out on April 11th) the guys at Tech Smartt have already put the device to the ultimate test. Let’s see how Samsung’s flagship device of 2014 fares against a series of drop tests and also after being rolled over by an Audi Q7. For all you faint hearted people out there let this be a prior warning before you look since you may or may not exactly like what you’ll see so do watch this video at your own risk. GOOD LUCK !! 😀 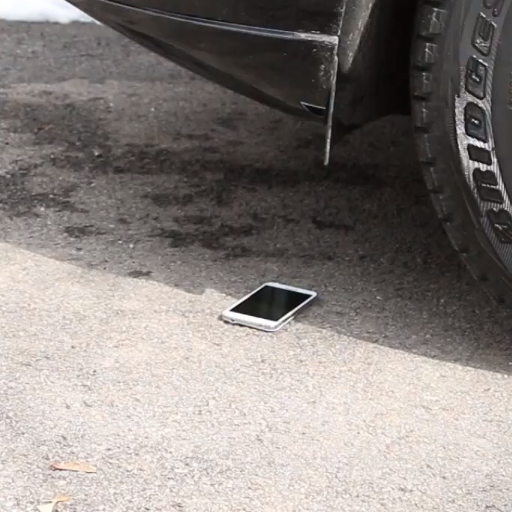 After going through all the drop tests as well as being run over by an SUV, we must say that the GALAXY S5 is most certainly one of the most physically durable devices out there and even though some of you might still wonder how on earth is this even possible with it’s plastic body and all but after going through all this, it is safe to say that the device is most certainly one of the toughest nuts to crack. If you’re planning of buying a new device which not only looks elegant but at the same time is durable as well, then the S5 should be your numero uno choice. The studies also prove that the S5’s body and the screen are both much more sturdier than its predecessor the GALAXY S4 so that should be another plus point as well. So what did guys make of the rigorous pain that the device had to go through? Was it helpful in changing your (mis)perception about the plastic body? We would like to hear your thoughts as well so do share a word or two in the comments section below. Cheers !!

The HTC One M8 - Hands On and Full Product Specs