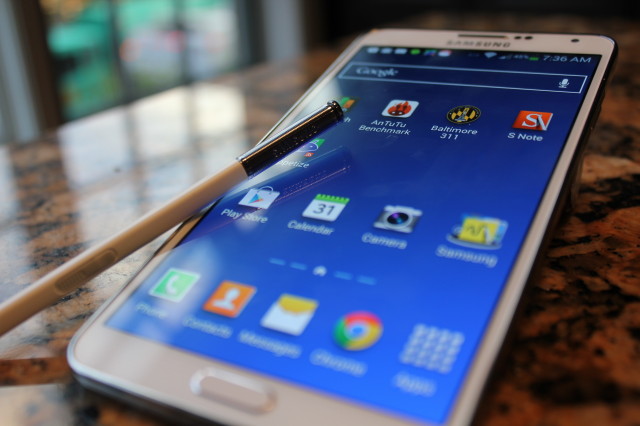 After the successful launch of Samsung’s flagship device of the year, the GALAXY S5, its now time for us to shift our focus onto their premium phablet category viz the Galaxy Note Series. Last year we saw an absolutely awe inspiring device with the launch of the Note 3 and now rumors have started arising about its next successor, the Galaxy Note 4 sometime later this year. The Note 3 was a significant upgrade from its predecessor the Note 2 with a larger 5.7″ display as compared to the 5.5″ inch on the Note 2 and even though a .2 increase is not too significant, Samsung still believes that bigger is not always necessarily better and with that said, the South Korean tech giants have decided to stick to the 5.7″ size for the Note 4 but here’s the best part.

The device would come with a 5.7-inch 2560 x 1440 QHD display similar to the one found in the Samsung Galaxy S5 Prime. According to our friends at GSMArena, both the devices might get launched together in the very near future. As far as the device’s other hardware is concerned we don’t have any updates yet but I’m sure as the days go by we’ll be hearing a lot more before Samsung eventually decide to launch it officially sometime in September or early October. Stick around for more.

Huawei Mate 8 launched with the Stars

Google has a new tablet and its called the Pixel C