When it comes to smartphone cameras, HTC would probably be one of the first names to pop up in your minds. With that said, the Taiwanese tech giants have in recent times tried to establish themselves as one of the revolutionary figures especially when it comes to smartphone cameras. With some of the most elegant and sleek looking devices at hand, HTC have managed to go head to head with the rest of the industry big names in the camera category. Keeping this notion into consideration, HTC have yet again come up with another marvel that is sure to make selfie lovers go absolutely bananas.

The smartphone company have recently announced  the latest addition to their renowned Desire Series – The HTC Desire Eye with special focus on the device’s front and rear cameras. The Desire Eye comes with a 13MP front as well as rear shooter catered together with a dual LED flash, a BSI sensor, f/2.0, 28mm lens, wide angle with HDR capability and 1080p Full HD video recording. If that isn’t enough to raise a few eyebrows, HTC have also promised to bring a host of other camera features including Auto and Voice selfie, enhanced group video calls, split capture that allows you to take two pictures simultaneously and adding your very own customized reaction to it, a face fusion mode that allows you to mess around and have fun by merging two different pictures giving it an entirely new look. Last but certainly not the least, HTC have kept a special mode reserved just for the ladies. That’s right girls. The all new Live Makeup mode allows you to choose the perfect effect that suits your personality and at the same time giving you the desired look even before you snap the picture. The end result would be that perfect selfie just the way you anticipated it to. 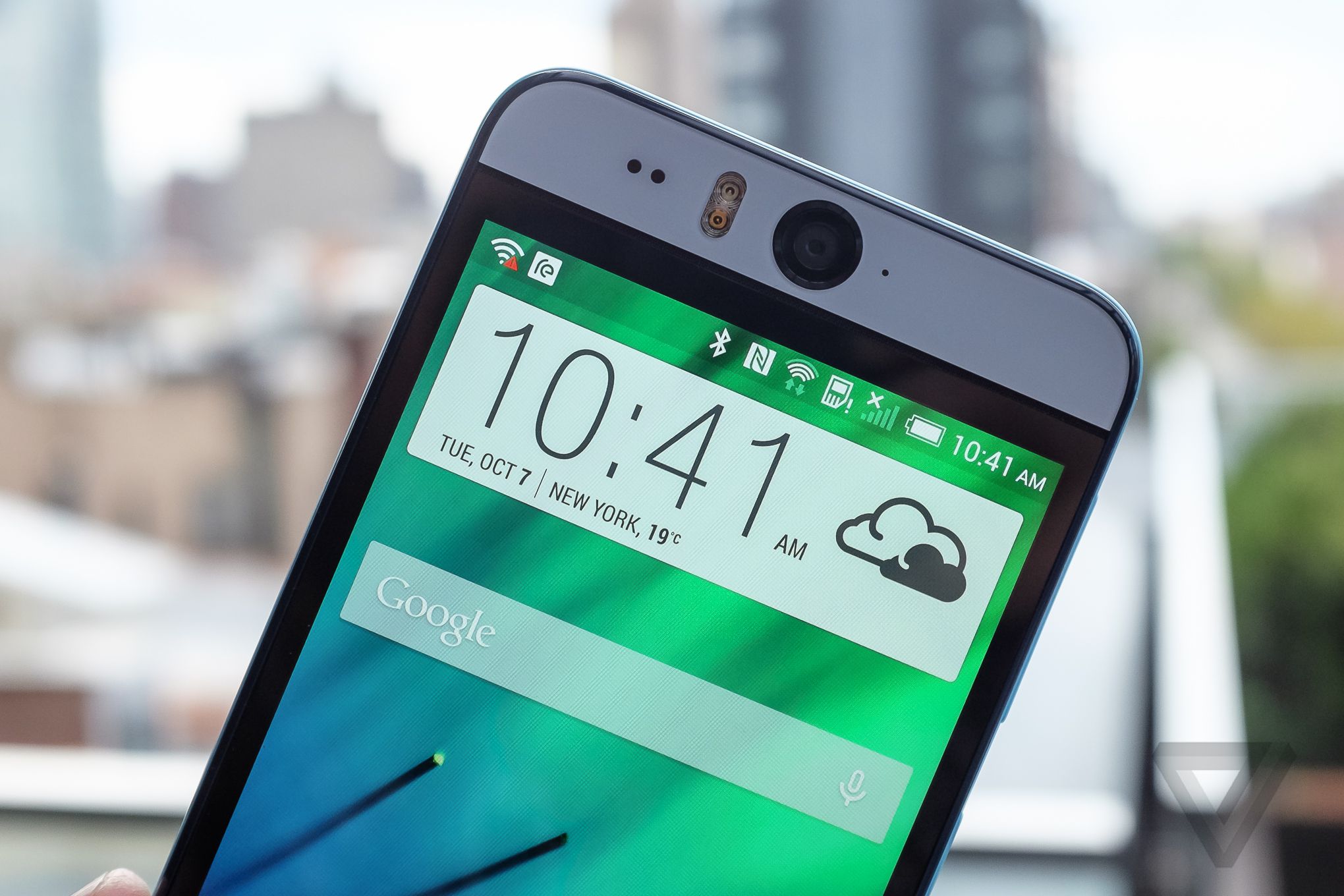 Besides the impressive camera and its newly added features, the Desire Eye sports a 5.2-inch Full HD 1080p display, a Qualcomm® Snapdragon 801, 2.3 GHz, quad-core processor, 2GB RAM, 16GB of on board storage with additional SD card support up to 128GB, a 2400 mAh battery, 4G LTE support, HTC Boom Sound tailored together with Dual front-facing stereo speakers with built-in amplifiers to give you that perfect audio clarity. As far as the device’s software is concerned, the Desire Eye comes bundled with the latest Sense 6.0 running on Android 4.4.4 KitKat. The device is soon to be made available all over the world in two color variants that comprise of a Red and White and a Blue and White one respectively. For those of you have recently purchased a new HTC device, we have got some good news for you guys as well. 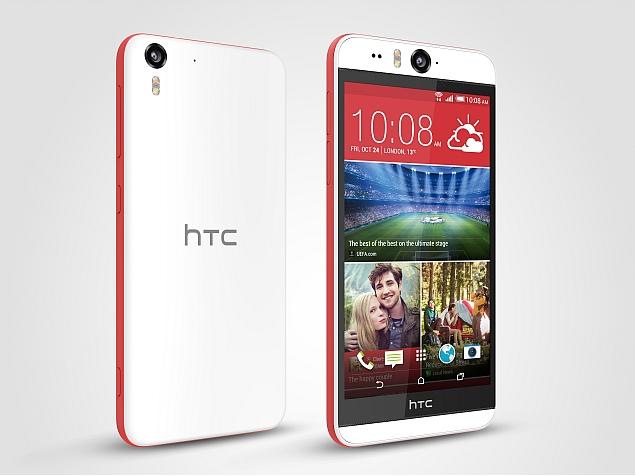 HTC have also announced that their new Eye Camera Features would also be coming to some of their other flagship devices including the HTC One (M7), the HTC One M8 as well as the limited edition HTC One (E8) besides the Desire Eye in a future update that is expected to roll out sooner rather than later. So what do you guys think about the latest addition to HTC’s long running line of some rather impressive smartphones? Would this one make it to your to-buy list anytime soon? One thing’s for sure though, selfie enthusiasts all over the world would be anxiously waiting to get their hands on this one. Would you?

One Million Samsung Galaxy S Sold in US