HTC One M9 and M9 Ultra Specs seen in benchmarks

The Mobile World Congress is just a couple of weeks away and major OEMs continue to send teaser after teaser! HTC on their twitter page today announced that something “HUGE” for just around the corner. This may point to the fact that HTC last year did something similar, taking out two models the HTC One (M8) and the 5.9inch phablet the HTC One Max. 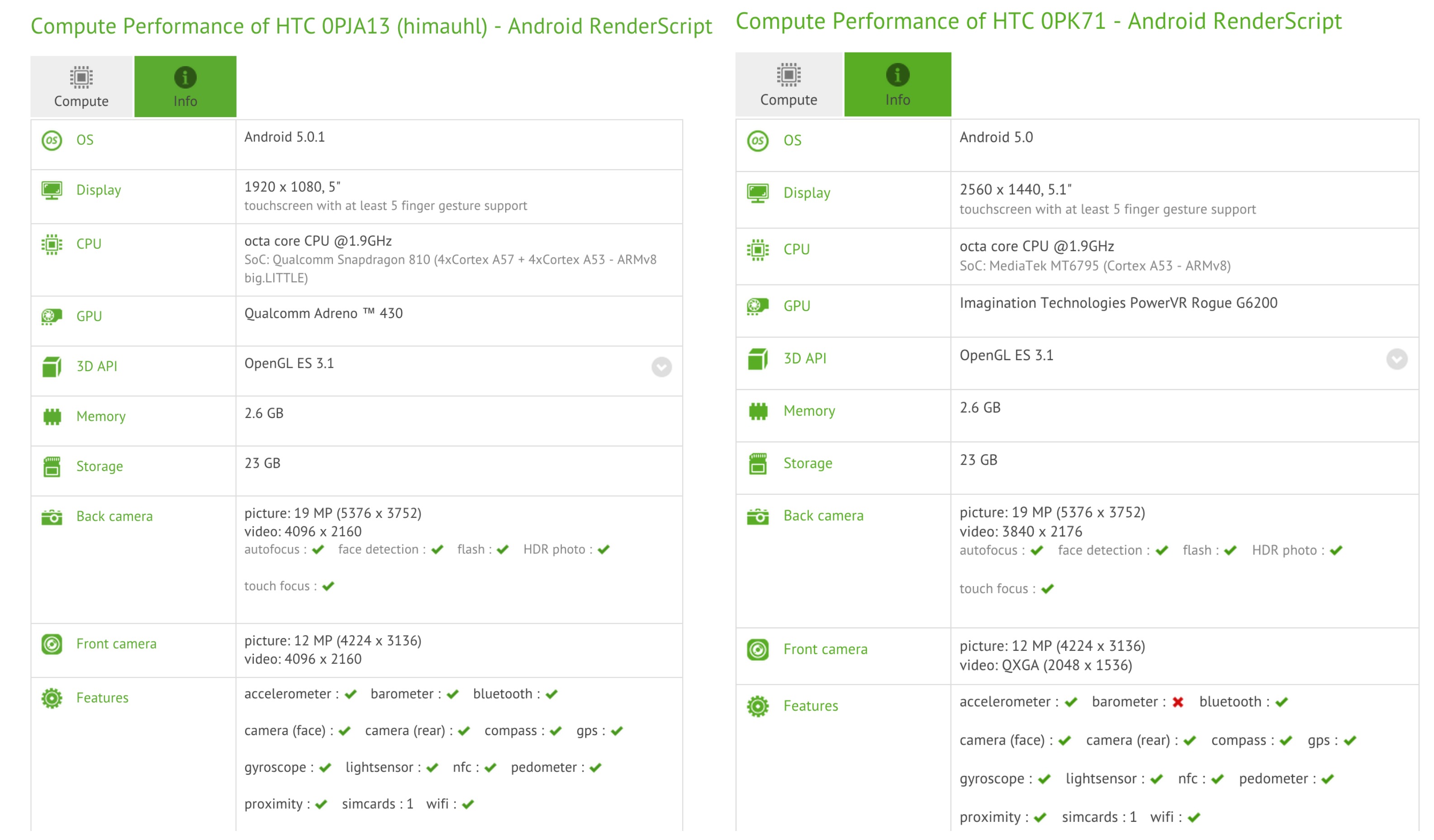 The benchmarking site, CompuBench today came across two HTC devices – carrying model numbers 0PJA13 and 0PK71. We know for a fact that the upcoming  HTC One M9 falls under the 0PJA model. The other model though, still a mystery could point to the fact that we may see the successor to the HTC One Max or the rumored HTC Butterfly 3. It most probably would be called HTC One M9 Ultra, Plus or Ace.

The specs do shed a light to all the rumors we have had before. Only thing which is not in sync is the 5.1 inch display of the HTC M9 plus, even the HTC One Max was 5.9inch. This may or may not be an error, only time will tell when HTC unveils its device/devices at MWC 2015 in Barcelona on March 1st.

Check out AcDisplay – A beautiful and minimalistic notification lock screen